Equatorial Guinea is a country in West Middle Africa, one of the smallest in continental Africa. It is comprised of a mainland territory known as Río Muni, the island of Bioko, where the capital, Malabo is located; and the island of Annobón in the South Atlantic Ocean. It is bordered by Cameroon on the north, Gabon on the south and east, and the Gulf of Guinea on the west, where the island nation of São Tomé and Príncipe is located. Formerly the Spanish colony of Spanish Guinea, its post-independence name is suggestive of its location near both the equator and the Gulf of Guinea. It is the only country in mainland Africa where Spanish is an official language, excluding the Spanish territories of Canary Islands, Ceuta and Melilla, and the self proclaimed but unrecognized Sahrawi Arab Democratic Republic (Western Sahara). 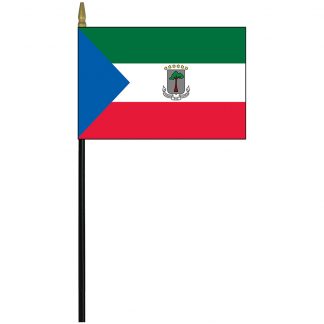