The national flag of Cambodia in its present form was originally adopted in 1948 and readopted in 1993, after the Constituent Assembly election in 1993 and restoration of the monarchy. The flag consists of three horizontal bands of blue, red (double width) and blue, with a depiction of Angkor Wat in white centered on the red band. 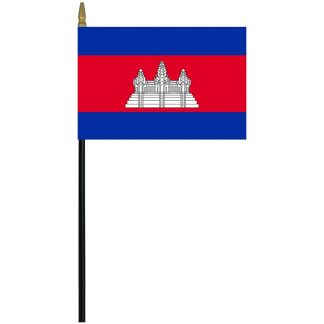