Ka Hae Hawaiʻi, or the Flag of Hawaiʻi, is the official standard symbolizing Hawaiʻi as a kingdom (under a short British annexation), protectorate, republic, territory and state. Ka Hae Hawaiʻi is the only state flag in the United States to have been flown under so many various forms of government and the only one that features the Union Flag (more commonly known as the Union Jack), the flag of the United Kingdom. Ka Hae Hawaiʻi officially predates a majority of the flags of the states of the Union. 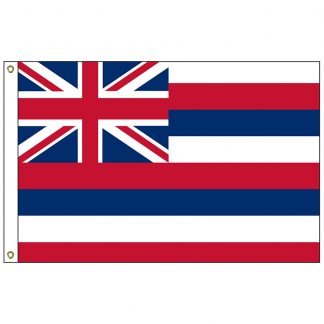