The flag of New Jersey includes the emblem from the official seal of New Jersey on a buff-colored background. According to the minutes of the New Jersey General Assembly for March 11, 1896, the buff color is due indirectly to George Washington, who had ordered on October 2, 1779, that the uniform coats of the New Jersey Continental Line be dark (Jersey) blue, with buff facings. Buff-colored facings had until then been reserved only for his own uniform and those of other Continental generals and their aides. Then, on February 28, 1780, the Continental War Officers in Philadelphia directed that the uniform coat facings of all regiments were to be the same as the background color of the regiments’ state flag. 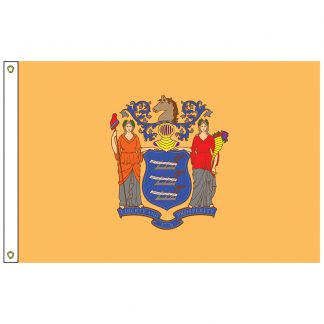