This beautiful Historical American flag is constructed out of rayon and makes an excellent decoration for holidays, political campaigns, and historical landmarks. 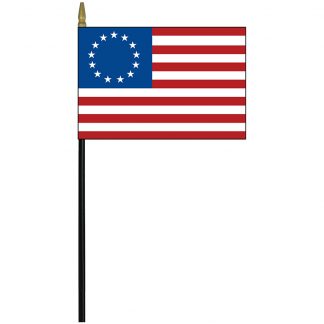