The flag is known as the “Lone Star Flag” (giving Texas its nickname of the “Lone Star State”). This flag was introduced to the Congress of the Republic of Texas on December 28, 1838, by Senator William H. Wharton. It was adopted on January 24, 1839 as the final national flag of the Republic of Texas. When Texas became the 28th state of the Union on December 29, 1845, its national flag became the state flag. Texas law assigns the following symbolism to the colors of the Texas flag: blue stands for loyalty, white for purity, and red for bravery. 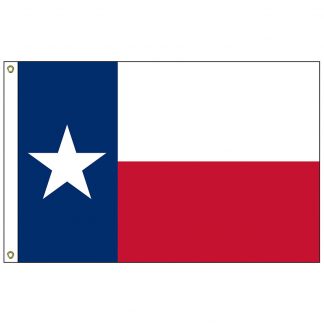