The POW/MIA flag is an American flag designed as a symbol of citizen concern about United States military personnel taken as prisoners of war or listed as missing in action. On August 10, 1990, Congress passed a law recognizing the POW/MIA Flag and designating it as a symbol of our Nation’s concern and commitment to resolving as fully as possible the fates of Americans still prisoner, missing and unaccounted for in Southeast Asia. It has become a symbol for POW/MIAs from all American Wars. 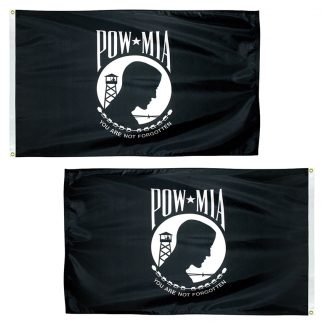