The national flag of Tunisia has undergone very minor changes since it was first adapted in 1831 by the Tunisian bey Hassine I. The crescent and star are traditional symbols of Islam, and are also considered to be symbols of good luck. The crescent and star is also an indication of Tunisia’s history as a part of the Ottoman Empire. The red color while a carry-over from Ottoman times. The flag was readopted upon independence from France since it had been the flag of Tunisia under Ottoman control. 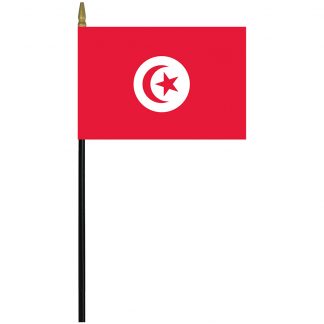