The flag of Lebanon is formed of two horizontal red stripes enveloping a horizontal white stripe. The white stripe is twice the height of the red ones – a Spanish fess. The Presence and position of the Cedar in the middle of the flag is directly inspired by the mountains of Lebanon cedar (Cedrus libani). The Cedar is a symbol of holiness, eternity and peace. As an emblem of longevity, the cedar of Lebanon has its origin in many biblical references. The white color on the flag represents the snow as a symbol of purity and peace. The two red stripes refer to the Lebanese blood shed to preserve the country against the successive invaders. 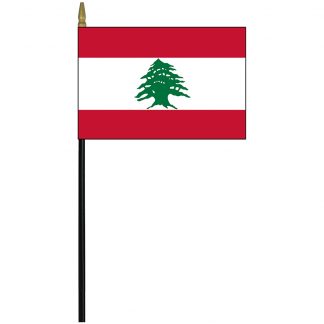