The official flag of Georgia is the “five-cross flag”, restored to official use on January 14, 2004 after a break of some 500 years. It was previously the flag of the medieval Georgian kingdom and had been used as the official symbol of the United National Movement political party. 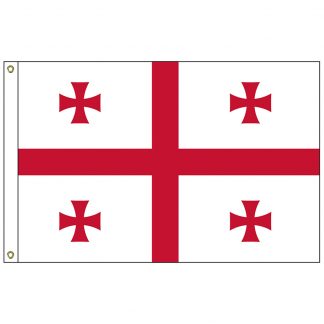