The design was adopted in 1923, prior to which Washington had no official state flag. At the turn of the 20th century, Washington state residents flew a blue military flag with President Washington’s profile in gold according to information on the Washington Secretary of State’s Web site. Later unofficial flags were similar to today’s flag but featured the state seal in gold on a green or purple field. 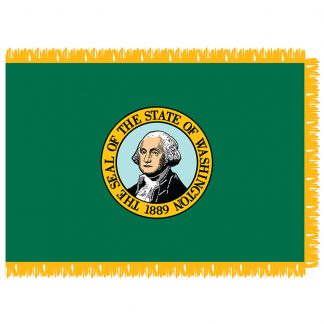