3′ x 5′ polyester flag with white canvas heading and brass grommets for outdoor use. 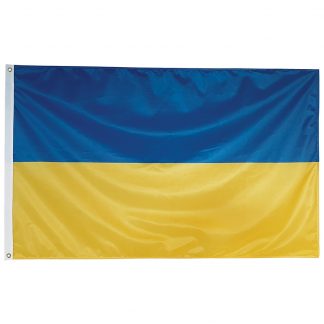