The flag of Thailand shows five horizontal stripes in the colors red, white, blue, white and red. The middle blue strip is twice as wide as the other four. The three colors red-white-blue stand for nation-religion-king, an unofficial motto of Thailand. The flag was adopted on September 28, 1917. The Thai name for the flag is ธงไตรรงค์ (Thong Trairong), which simply means tricolor flag. 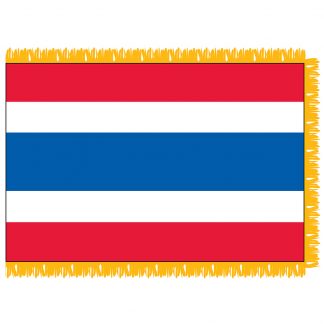