Adopted in November 1992, Tajikistan was the last of the former Soviet republics to reveal a new flag. The one common link between this and the 1953 SSR flag is the choice of colors – red, white and green. The former Tajikistan SSR, sometimes referred to as the “Tadzhik SSR”, added white and green stripes to the flag of the USSR. 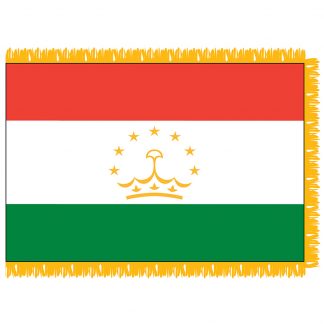