The flag of Scotland features a white saltire, a crux decussate (X-shaped cross) representing the cross of the Christian martyr Saint Andrew, the patron saint of Scotland, on a blue field. It is named the Saltire or the Saint Andrew’s Cross. In heraldic language, it may be blazoned Azure, a saltire argent. The flag of Scotland is one of the oldest flags in the world, traditionally dating back to the 9th century, and is the oldest national flag still in modern use. 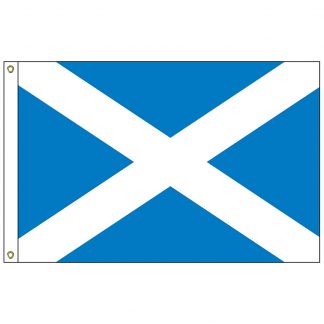