The government usage flag of Spain in its current form was adopted on December 19, 1981, when the now established flag replaced the interim version which, in turn, replaced the official flag of Francoist Spain. The coat of arms was the changing element in all three versions. 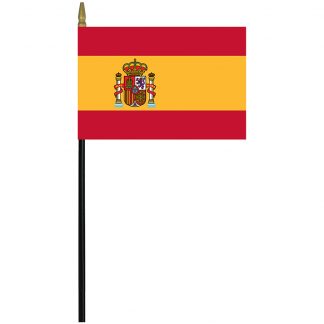