The Flag of Salt Lake City was originally designed in the 1960’s. A contest, sponsored by Salt Lake City Mayor Rocky Anderson, was held in November 2004 to update the flag. Twelve submissions were entered. The current flag is blue and green, and features the Wasatch mountains in the background. It was approved on October 4, 2006 by the city council. The flag was not one of the entries received but it was influenced by a design by Steven R. “Steve” Jerman. 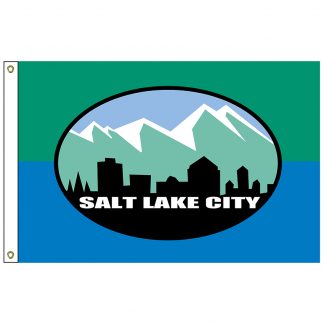