The national flag of Romania is a vertical tricolor of blue, yellow and red. The colors stand for the three historical provinces of Romania. The current design has been officially adopted in 1994 but has been in use since 1989. The first flag dates from 1834 but the colors by themselves have held special significance ever since the sixth century. 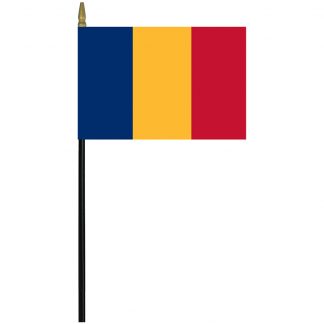