The flag was first used on December 22, 1895. A group of 59 Puerto Ricans led by Dr. Julio J. Henna, gather at “Chimney Corner Hall” in Manhattan, New York City and organizes a political group, attached to the Cuban Revolutionary Party, which advocated independence for Puerto Rico and Cuba from Spanish rule. As part of their activities, a flag was created to rally support for independence from Spain. The flag was soon adopted as a national symbol. In 1898, the flag became the mark of resistance to the US invasion; and in the 1930’s it was adopted by the Nationalist Party. When Puerto Rico became a Commonwealth in July 25, 1952 it was officially adopted as the national flag. 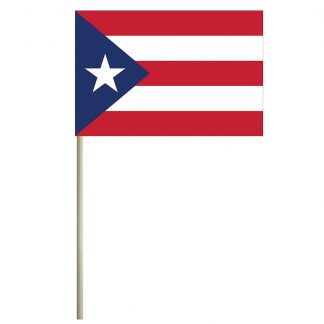