Our durable outdoor nylon 5′ x 8′ Navy flags are finished with a white canvas heading and brass grommets are designed to be flown outdoors either on an in-ground roped flagpole or attached directly to a wall mounted flagpole. 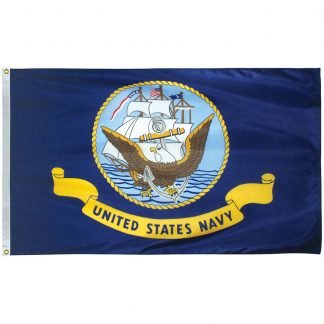