The flag of the United Nations was adopted on October 20, 1947. The flag has the official emblem of the United Nations in white on a blue background. The emblem is composed of an azimuthal equidistant projection of a world map (less Antarctica) centered on the North Pole, enclosed in olive branches. The olive branches are a symbol for peace, and the world map represents all the people of the world. 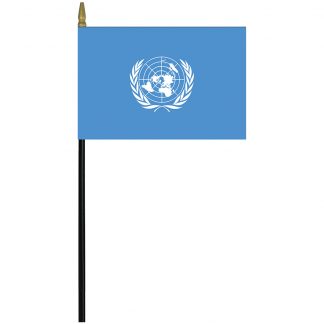