The Korean national flag is called Taegukki. The meaning of Korean National Flag is very philosophical. The origin comes from the old oriental philosophy called the theory of Um-Yang, in Chinese pronunciation Yin-Yang. Yin means dark and cold, while Yang means bright and hot. The idea of Yin-Yang is supposed to be originated from the old Korean philosophy of Samshin meaning three gods. 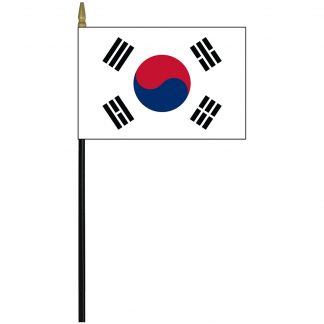