The flag of Guyana, known as The Golden Arrowhead, was adopted in 1966. It was designed by Dr. Whitney Smith, a prominent American vexillologist (though originally without the black and white fimbriations, which were added by the College of Arms in the United Kingdom). The colors are symbolic: green for agriculture and forests, white for rivers and water, gold for mineral wealth, black for endurance, and red for zeal and dynamism. 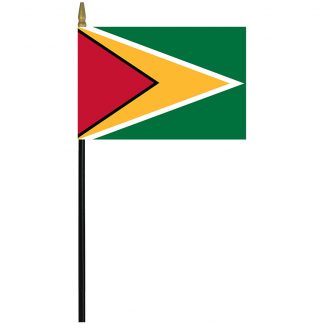