The flag of Montenegro was changed on July 12, 2004. Based on an old royal banner, the new flag of Montenegro was red bordered with yellow. At its center was a yellow double-headed eagle displaying a shield with a lion – the dynastic arms of the Njegoš dynasty that once ruled Montenegro. In 2006 a popular referendum in Montenegro favored its secession from the federation, and independence was proclaimed on June 3; the flag of 2004 became Montenegro’s national flag on that day. 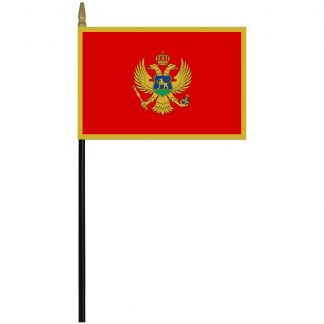