Nylon outdoor Fleur-de-lis flag. Expertly crafted using heavyweight bunting material of 100% acid-dyed nylon. All seams are double-stitched and fly ends have 4 rows of stitching for added durability. Finished with heavy-duty, no shrink white header material for the strongest headers in the industry. These nylon flags offer lustrous beauty, superior wear plus excellent flyability even in the slightest breeze. 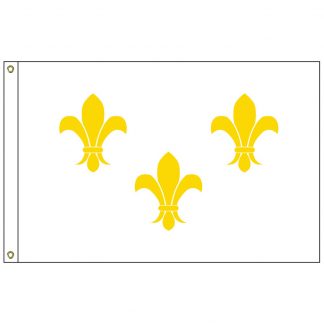