The flag of Greece is based on nine equal horizontal stripes of blue alternating with white. There is a blue canton in the upper hoist-side corner bearing a white cross; the cross symbolizes Greek Orthodoxy, the established religion of the country. There is a theory that the nine stripes symbolize the nine Muses, the goddesses of art and civilization (nine has traditionally been one of the numbers of reference for the Greeks). The official flag ratio is 2:3. 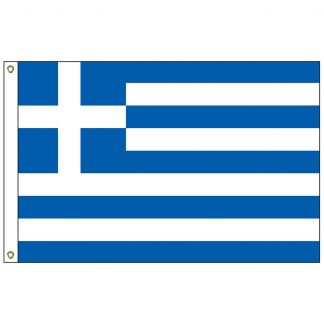