Be the first to review “HF-207 England – Cross of St. George 2′ x 3′ Outdoor Nylon Flag with Heading and Grommets” 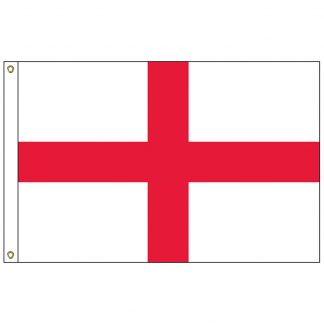