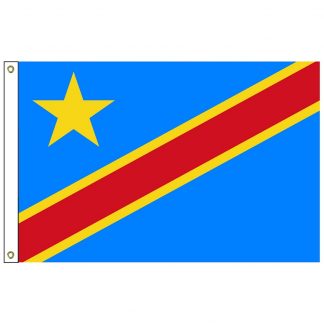 You're viewing: FW-125-4X6CONGO-DEMR Democratic Republic of the Congo 4′ x 6′ Outdoor Nylon Flag with Heading and Grommets $59.50
Add to cart
Scroll Up