The flag of the Cayman Islands was adopted on May 14, 1958 after the colony was officially granted a coat of arms. Prior to that, the Islands had used the British flag for all official occasions. In 1999, the white disc was removed and the coat of arms were more than doubled in size. 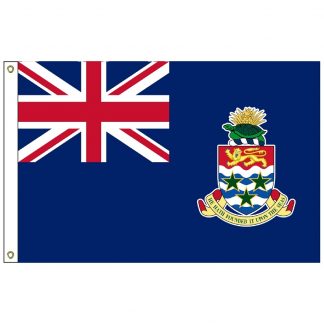