This beautiful Historical American flag is constructed out of cotton and makes an excellent decoration for holidays, political campaigns, and historical landmarks. Features appliqued white stars and sewn red and white stripes for a striking display of patriotic pride. 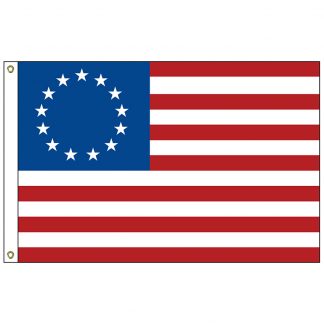