Our indoor nylon 3′ x 5′ Army flags are finished with a pole sleeve and fringe and are designed for indoor or presentation use. 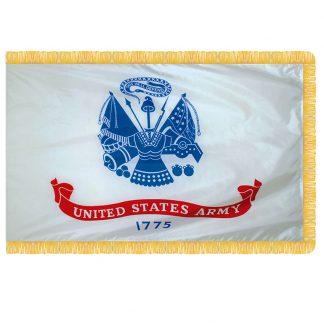