Our economy polyester 3′ x 5′ Army flags are finished with a white canvas heading and brass grommets are designed to be flown outdoors for short periods of time or hung up indoors. 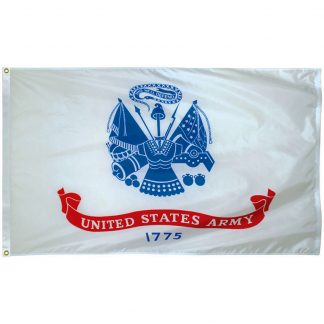